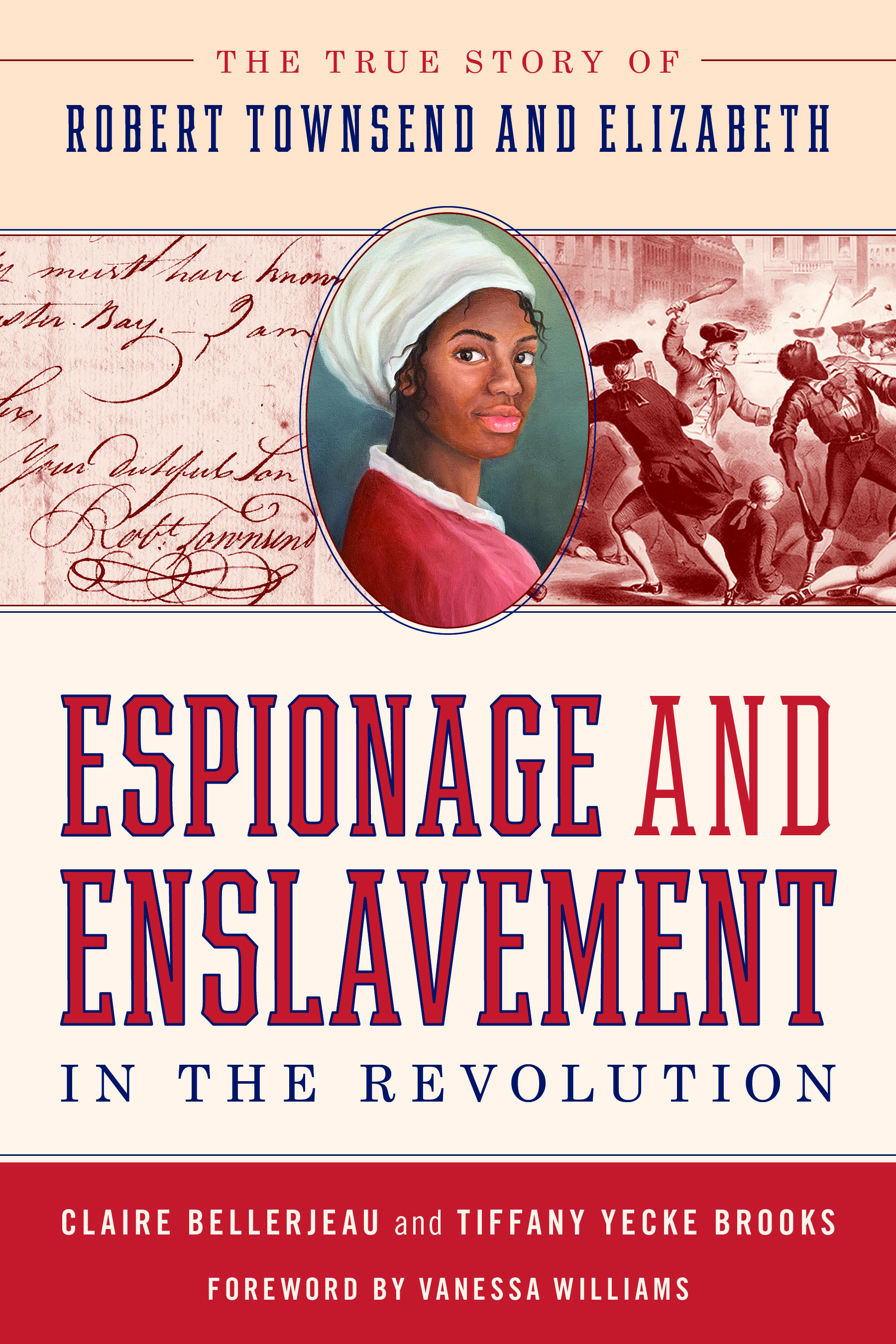 Espionage and Enslavement in the Revolution Online

Join authors Claire Bellerjeau and Tiffany Yecke Brooks for a talk about their new book, Espionage and Enslavement in the Revolution: The True Story of Robert Townsend and Elizabeth. In January 1785, a young enslaved woman from Oyster Bay named Elizabeth was put on board the Lucretia in New York Harbor, bound for Charleston, where she would be sold to her fifth master in just twenty-two years. Leaving behind a small child she had little hope of ever seeing again, Elizabeth was faced with the stark reality of being sold south to a life quite different from any she had known before. She had no idea that Robert Townsend, a son of the family she was enslaved by, would locate her, safeguard her child, and return her to New York—nor how her story would help turn one of America’s first spies into an member of an early anti-slavery group. Robert Townsend is best known as one of George Washington’s most trusted spies, but few know about how he sought to end slavery.  Elizabeth’s bold and daring struggle for freedom introduces a new historic narrative for African Americans in general and women in particular. As Robert and Elizabeth’s story unfolds, prominent figures from history cross their path, including George Washington, Benjamin Franklin, Alexander Hamilton, Jupiter Hammon, John Jay, Benedict Arnold, John André and John Adams; as well as the Culper Spy Ring, the Boston Massacre, the Sons of Liberty, the Battle of Long Island, Franklin’s Paris negotiations, and the Benedict Arnold treason plot.

Claire Bellerjeau is the co-author of “Espionage and Enslavement in the Revolution: The True Story of Robert Townsend and Elizabeth”, published in May of 2021. Bellerjeau is currently establishing a 501(c)3 non-profit organization called Remember Liss, with the mission to educate the community about the extraordinary life and times of an enslaved Black woman from New York named Elizabeth, or Liss. She formerly served as Historian and Director of Education at Liss’s birthplace, Raynham Hall Museum in Oyster Bay, New York.  She has been researching the Townsend family and those they enslaved for over seventeen years, including curating a yearlong exhibit on the Townsend “Slave Bible” in 2005. In 2015, during a research visit to the New York Historical Society, she discovered what may be one of the earliest poems ever written by Jupiter Hammon, America’s first published African American writer. She has developed educational programs on the subjects of slavery in New York and the American Revolution on Long Island and is creating a new curriculum to share Liss’s story using primary documents from her research. Bellerjeau lives with her husband, Chris, in New York City.

Tiffany Yecke Brooks holds a PhD in American and Dramatic Literature from Florida State University and has spoken and published widely on early portrayals of race in trans-Atlantic performance as well as the emerging American identity in the late eighteenth and early nineteenth centuries. She was the lead researcher and contributing writer for the New York Times best-selling George Washington’s Secret Six, Thomas Jefferson and the Tripoli Pirates, and Andrew Jackson and the Miracle at New Orleans, as well for Fear is a Choice with Pittsburgh Steelers running back James Conner and Limitless with Paralympic gold medalist Mallory Weggemann.