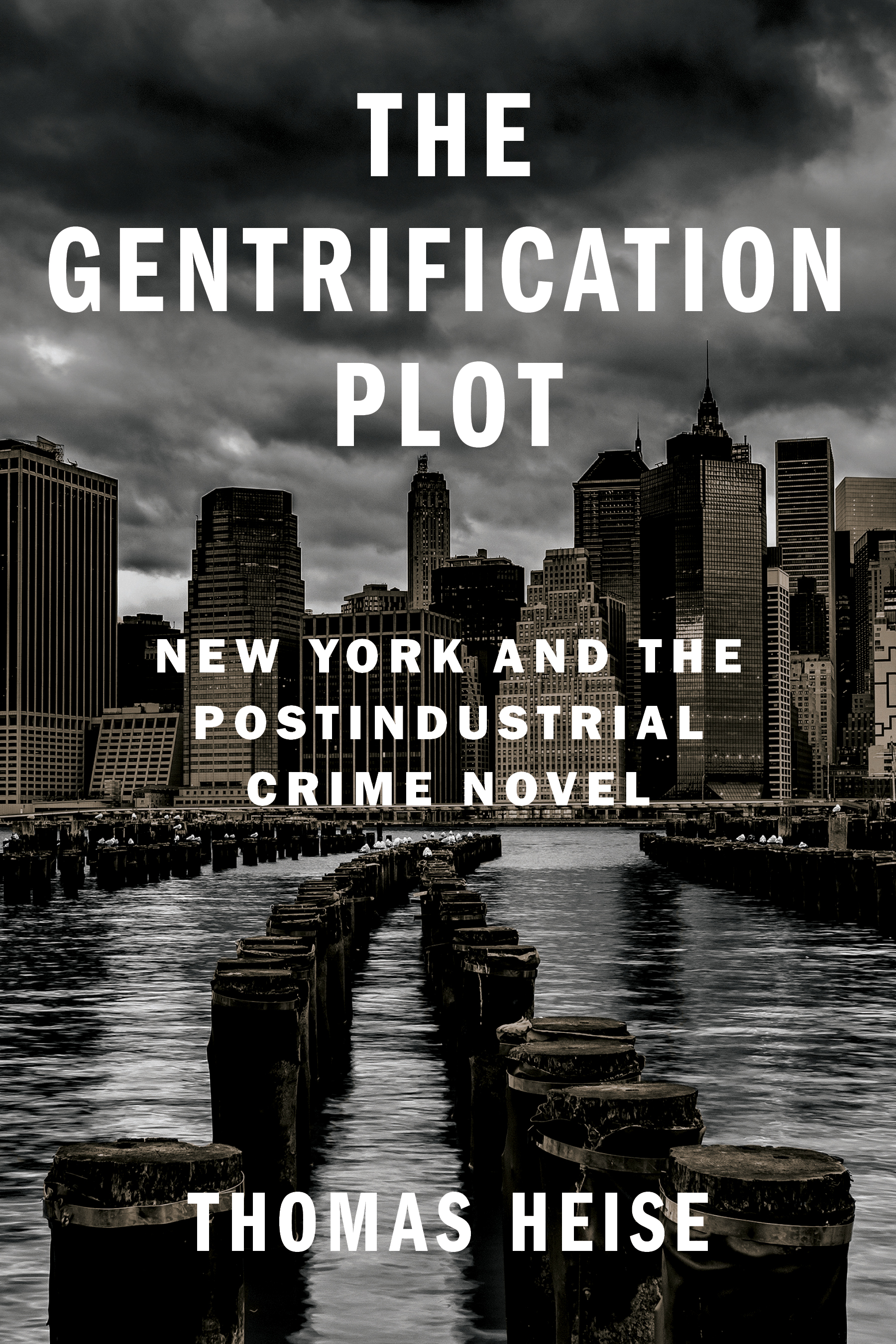 What do crime novelists write about when there isn’t much crime to write about anymore? Professor Thomas Heise addresses this question in a talk that will explore changes to the genre of crime fiction from the 1990s to the 2010s, a period that saw an unprecedented and sustained drop in violent crime in major cities and surging gentrification across neighborhoods that had long been left for dead. Focusing on New York City, where the “crime crash” and “development boom” were faster and louder than anywhere else, Heise will discuss how crime writers have depicted the demographic, cultural, and physical upheaval of five iconic neighborhoods: the Lower East Side, Manhattan’s Chinatown, Red Hook, Harlem, and Bedford-Stuyvesant. He argues that for many recent crime writers the death in a place—in the gentrifying working-class, ethnic, and African-American neighborhoods of New York—launches an investigation into the death of a place and the death of a way of life.

Thomas Heise is the author of The Gentrification Plot: New York and the Postindustrial Crime Novel (Columbia University Press, 2022), Urban Underworlds: A Geography of Twentieth-Century American Literature and Culture (Rutgers University Press, 2011), Moth (Sarabande, 2013), and Horror Vacui: Poems (Sarabande, 2006). His writing has also appeared in American Literary History, The Brooklyn Rail, Ploughshares, and numerous other journals. A former professor at McGill University and Ryerson University, he is a faculty member at Pennsylvania State University-Abington. He lives in New York.