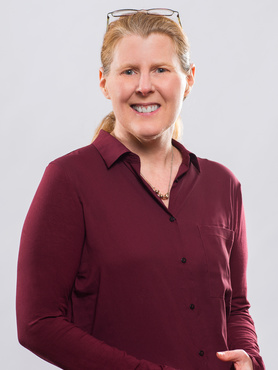 Betsy Ross: The Life Behind the Legend Online

In the lecture "Betsy Ross: The Life Behind the Legend," historian Marla R. Miller delves into the full life story of this enduring American legend. Miller will touch on the Betsy Ross of legend, and contemplate why her story was embraced by public audiences in the late nineteenth and early twentieth century, but our focus will be the life and craft skills of this Philadelphia upholsterer and flagmaker, who worked for six decades as an artisan in Revolutionary and early national Philadelphia, establishing a business that sustained three generations of women in her large extended family.

Marla Miller's primary research interest is U.S. women's work before industrialization. Her book The Needle's Eye: Women and Work in the Age of Revolution was published by the University of Massachusetts Press in August 2006, and won the Costume Society of America's Millia Davenport Publication Award for the best book in the field for that year. In 2009 she published an edited collection, Cultivating a Past: Essays in the History of Hadley, Massachusetts, also with the University of Massachusetts Press. Her book Betsy Ross and the Making of America  (Holt, 2010)--a scholarly biography of that much-misunderstood early American craftswoman--was a finalist for the Cundill Prize in History at McGill University (the world's largest non-fiction historical literature prize), and was named to the Washington Post's "Best of 2010" list. A short biography of Massachusetts gownmaker Rebecca Dickinson appeared in the Westview Press series Lives of American Women in summer 2013. In 2019 she completed a microhistory of women and work in 18th-century New England titled Entangled Lives: Labor, Livelihood, and Landscapes of Change in Rural Massachusetts (Johns Hopkins University Press, 2019).