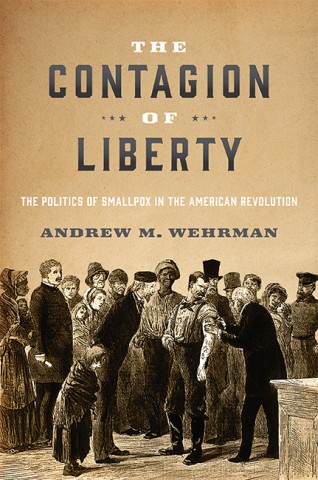 We Are Not Throwing Away Our Shot: The Popular Demand For Inoculation During the American Revolution Online

For more than a decade before the American Revolution, ordinary Americans were demanding access to inoculation to protect themselves against smallpox. Drawing on portions of his new book, The Contagion of Liberty, historian Andrew Wehrman will describe how this demand grew with the coming of the war. The presentation will give particular attention to Dr. James Latham, a British-born New York doctor, whose efforts to corner the market and profit from inoculation in the 1770s left Americans wanting public solutions to end the epidemic.

Andrew M. Wehrman is an associate professor of history at Central Michigan University. He earned his PhD in American history from Northwestern University. A winner of the Walter Muir Whitehill Prize in Early American History, his writing has appeared in The New England Quarterly, The Boston Globe, and The Washington Post. His book The Contagion of Liberty: The Politics of Smallpox in the American Revolution was recently published by Johns Hopkins University Press.