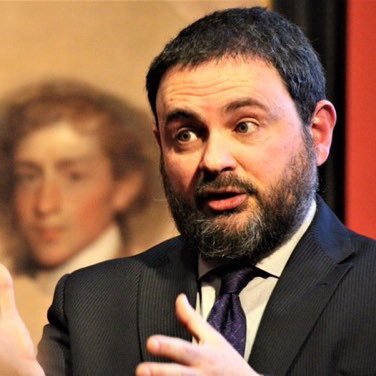 Of Thee I Sing: The Contested History of American Patriotism Online

When we talk about patriotism in America, we tend to mean one form: the version captured in shared celebrations like the national anthem and the Pledge of Allegiance. But as Ben Railton argues, that celebratory patriotism is just one of four distinct forms: celebratory, the communal expression of an idealized America; mythic, the creation of national myths that exclude certain communities; active, acts of service and sacrifice for the nation; and critical, arguments for how the nation has fallen short of its ideals that seek to move us toward that more perfect union. In Of Thee I Sing, Railton defines those four forms of American patriotism, using the four verses of “America the Beautiful” as examples of each type, and traces them across our histories.

Ben Railton is Professor of English and American Studies at Fitchburg State University. He's the author of six books, most recently Of Thee I Sing: The Contested History of American Patriotism (2021). He also writes the daily AmericanStudier blog, contributes the bimonthly Considering History column to the Saturday Evening Post, and is an active public scholarly tweeter @AmericanStudier.