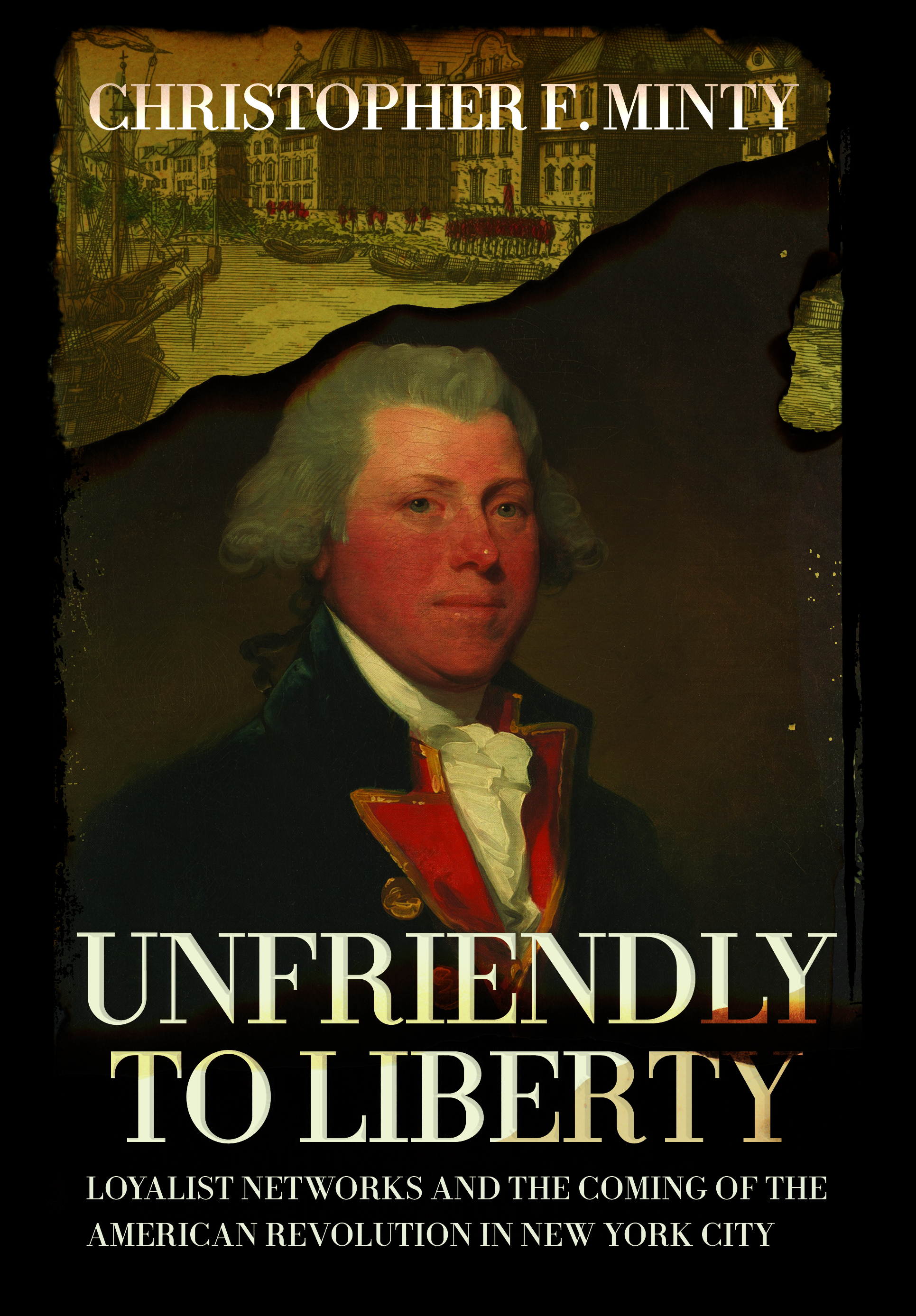 Unfriendly to Liberty: Loyalist Networks and the Coming of the American Revolution in New York City Online

In Unfriendly to Liberty, Christopher F. Minty explores the origins of loyalism in New York City between 1768 and 1776, and revises our understanding of the coming of the American Revolution. Through detailed analyses of those who became loyalists, Minty argues that would-be loyalists came together long before Lexington and Concord to form an organized, politically motivated, and inclusive political group that was centered around the DeLancey faction. Following the DeLanceys' election to the New York Assembly in 1768, these men, elite and nonelite, championed an inclusive political economy that advanced the public good, and they strongly protested Parliament's reorientation of the British Empire. For New York loyalists, it was local politics, factions, institutions, and behaviors that governed their political activities in the build up to the American Revolution. By focusing on political culture, organization, and patterns of allegiance, Unfriendly to Liberty shows how the contending allegiances of loyalists and patriots were all but locked in place by 1775 when British troops marched out of Boston to seize caches of weapons in neighboring villages. Indeed, local political alignments that were formed in the imperial crises of the 1760s and 1770s provided a critical platform for the divide between loyalists and patriots in New York City. Political and social disputes coming out of the Seven Years' War, more than republican radicalization in the 1770s, forged the united force that would make New York City a center of loyalism throughout the American Revolution.